Books in series are listed together under the "series title", and the major characters.

Note: vt means "variant title"; same book, different name. This usually happens when the UK and US editions have different titles. I don't know anything about non-UK/US editions. "vt?" means might be a different title, but I am unable to confirm it.


Barbara Hambly was one of the Guests of Honour at Sou'Wester, the 1994 British National SF convention (Eastercon). Talking with fans at the convention, she admitted that she is "not good at titles": her original title for the "The Quirinal Hill Affair" was "The Baby Eaters"! The first vampire novel was originally entitled "Daystalker", but the US publisher forced a change to "Those who Hunt the Night"; the UK publishers at least asked her beforehand if they could use "Immortal Blood".

"Stranger at the Wedding" and "Sorcerer's Ward" were her own choices of alternate titles for that book, although she was not particularly happy with either of them. The book is based on an idea for a fantasy with the two lead characters played by Katharine Hepburn and Spencer Tracy, and also on Ms. Hambly's experiences of returning home to spend Christmases with her parents.

She often works on novels by casting actors in one or two of the central roles, so that she can "hear" the characters' speaking. For example, Antryg Windrose in the Darkmage novels is based on Tom Baker, (best known as one of the actors who has played Dr. Who in the BBC TV series). That was not how she worked on "Those who Hunt the Night", although when pressed she thought that perhaps Harrison Ford could be cast as Asher, while Don Simon could be played only by Nicholas Cage. The book has been optioned for a film several times.

Ms. Hambly has a "conceptual locker room" in her mind, where her repertoire of characters rest between stories, sometimes for a long time. The character Asher first appeared as the sheriff of a Wild-West town where she set some of her very early (unpublished?) stories.

Living in Los Angeles, it annoys Ms. Hambly to read books set there written by authors who appear not to have spent time in the city. Therefore she likes to do a lot of research to make the settings of her own novels accurate, for example visiting London, Vienna, and Istanbul for "Travelling with the Dead". This is obviously not possible for the fantasy novels, but to aid realism these have settings which have a level of technology comparable to certain real-world periods. The Sun-Cross novels are roughly Roman, the Unschooled Wizard books are Renaissance Europe, while the Windrose Chronicles are set in a late 18th/early 19th century industrial society.

At the time of the convention, her own choice for her favourite/best book was "Those who Hunt the Night". Personally, I would put "Dog Wizard" and "Dragonsbane" at the top of my list. 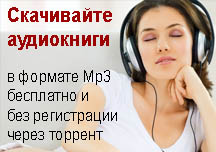